How To Host A Virtual Conference (& 15 Best Practices From Hosts)

“Hello from Cheshire, England. I never would have attended this conference in person, but I LOVED that I got to be part of it.”

“Hi! I’m in my backyard with my kids right now. Even though I’m only an hour away from the conference, I couldn’t have attended in person, so thanks!”

Chris Cummins of Cummins Media is used to seeing remarks like these from virtual conference participants. They’re the reason he’s convinced that, even though virtual events were largely borne of necessity (thanks COVID-19), they’ll be sticking around long after the pandemic. That doesn’t mean he believes in-person events are a relic of the past; Cummins acknowledges the importance of being able to “literally break bread together.” However, from the vantage point of this popular motivational keynote speaker turned host + virtual event producer, digital conferences have the potential to be equally as powerful as their in-person counterparts—and can, in some ways, be even more valuable for attendees.

Wondering what an amazing virtual conference looks like, Cummins-style? We’ll take a brief dip into his world below. Once you’re armed with that knowledge, check out our list of virtual conference best practices culled from numerous experts; they offer some practical suggestions on how to pull off a sensational event entirely online.

Want your presenters to make a great impression on video? Give them custom printed backdrops that are both eye-catching and easy to use.

How To Host A Virtual Conference That’s Memorable & Engaging

Not so long ago, Cummins was preparing speeches, flying to convention centers, and delivering keynotes on stage to a few thousand attendees at a time. Now, he’s still delivering speeches—but he’s also honing his skills as a meeting facilitator and has spent the last seven months learning about the necessary technology to host effective and exciting virtual events. His basement is now, in essence, a studio: it features studio lighting, a professional backdrop, a high-quality mic and mic arm, and a sound mixer. (The addition of three small Ikea plants shows he’s mindful of aesthetics as well.) With this comprehensive setup, Cummins has laid the foundation for a professional virtual event; he then tops it off with high-energy hosting tactics. 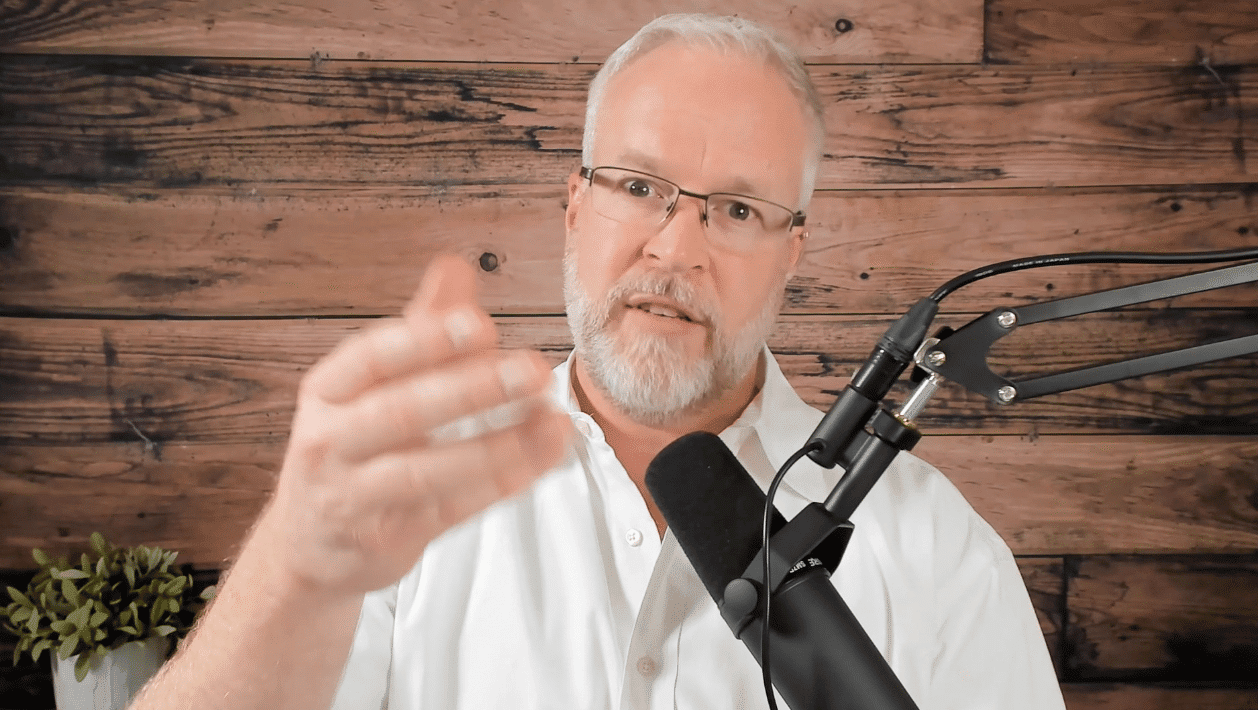 The first few moments of a virtual conference are crucial in Cummins’ mind. “I was trained by Tony Robbins, who talks about ‘pattern interrupts.’ If I can interrupt your pattern on what you think this experience is going to be, then it changes your brain chemistry. You may have thought it would be a boring Zoom call until I do something unexpected and suddenly you’re wondering, What just happened? You are potentially more open to the experience and are listening more closely,” he explains.

Cummins’ take on how to host a memorable virtual conference centers around creating an engaging experience—far from what people expect from traditional virtual events or webinars. “A webinar is when someone who isn’t good at presenting reads a bunch of slides to me, and I sit at home passively. No one can tell if I’m in the shower or visiting the toilet. A quality virtual conference is when every participant’s camera is on; they’re dressed in business attire, and they’re prepared for networking, with the LinkedIn app open on their phones,” he notes.

For companies avoiding a virtual event because they fear they can’t host one successfully, a business like his can help. Cummins himself acts as the facilitator for every conference he’s contracted to do, weaving relevant and interesting stories into the conference lineup at every turn. His team also provides all the required technology to first secure and then successfully facilitate the conference: a virtual presenters’ stage, guest coordination services, and more—essentially, everything necessary to host a world-class virtual conference. However, even if you’re managing the event on your own, there’s a lot to learn from Cummins’ approach—much of which centers around your presenters.

High on Cummins’ list of how to plan a virtual event is to hire engaging presenters who are not only well-versed in your content but are also experienced in—and skilled at—addressing the camera. Too many keynote speakers try to transfer their presentations directly from stage to screen without considering differences in and limitations of this new medium. Talking heads can be boring, which means that—to be effective—your presenters have to be more engaging on screen than they’ve ever been at your live events because the attendees can simply turn off their cameras and walk away.

Cummins uses a variety of tactics to engage virtual audiences. Every action he takes is part of a concerted effort to reach participants as individuals and help them connect to him—and to each other—on a more personal level. “The audience should be part of the show,” he says. Often presenting to as many as 600 conference participants at a time, he tries to talk with them individually and invites others to join the conversation. (“What’s your dog’s name, Dan?… The first person who can show me a cat gets a cup of coffee delivered to your house.”) He recently taught the word “applause” in sign language to an audience of 1,400 participants and frequently encourages the regular waving of emoji sticks to express their approval of an idea. 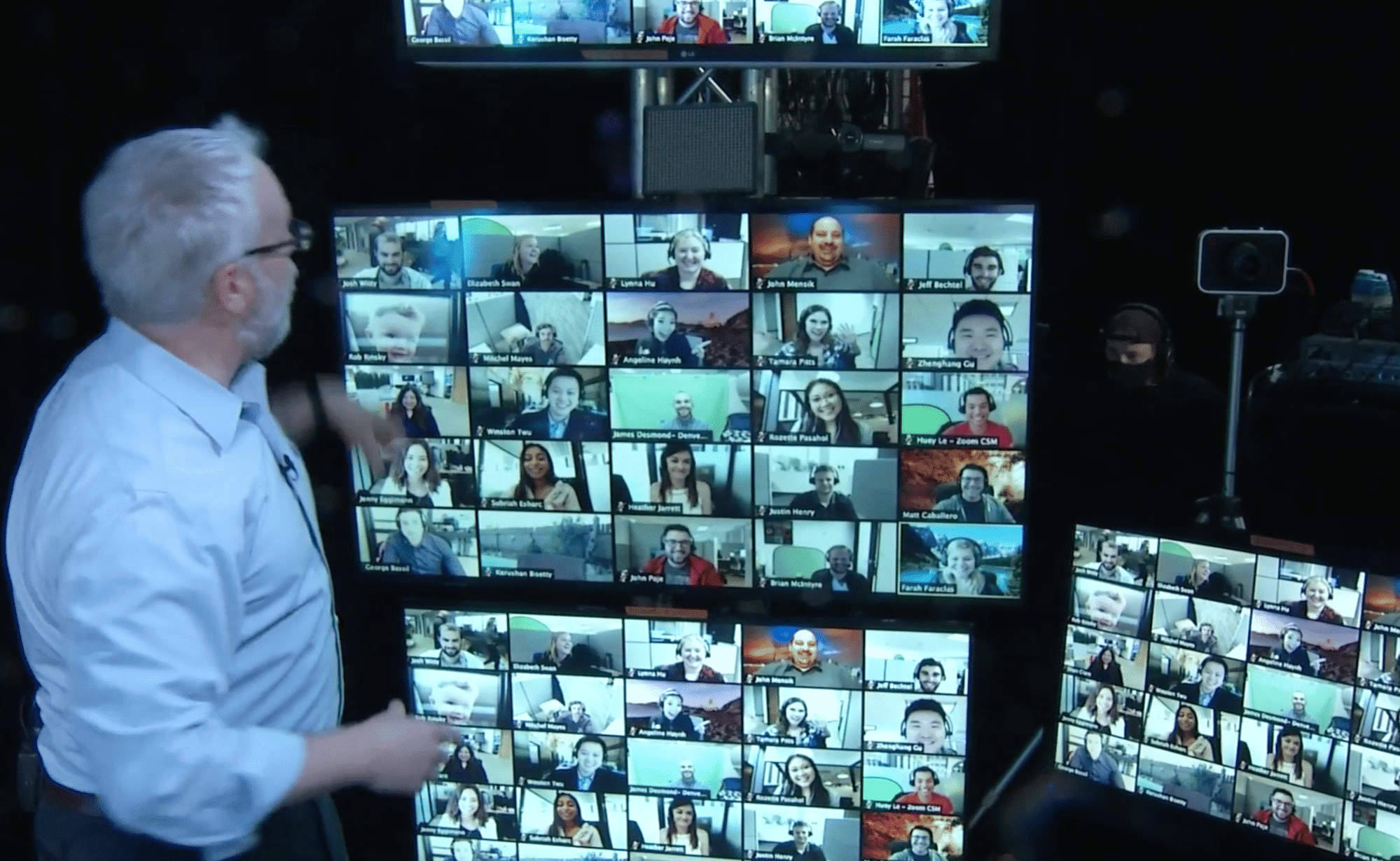 Cummins makes effective use of breakout rooms to help attendees connect, sometimes as part of virtual networking events. His only rule: attendees can’t talk about business. He likes to suggest positive topics—like asking everyone to describe something good that happened to them in the past few months. One of his recent networking events had 800 attendees, many of whom gave it rave reviews. “One attendee called it ‘Introvert Networking Nirvana’ because it essentially ‘served up’ new people to his own environment—where he was in slippers with a cup of tea—and gave them a simple way to get to know each other. Where he might’ve been lucky to leave an in-person conference with one new potential contact, he left this virtual event with nine,” Cummins shares.

Cummins recommends seeking out presenters who have invested in their speaking space. When Cummins himself first started learning how to host a virtual event, he went down a lot of internet rabbit holes to learn what a professional setup should look and sound like. “Everything you never had to worry about before is now a crucial part of appearing ‘legit’: lighting, sound, backdrop, camera, internet upload and download speeds, and more,” he explains. “And you can’t say you haven’t had time to work it all out. We’re 10 months into the pandemic. If you don’t have a good microphone by now, that’s willful negligence. Every presenter should have a space in their home that is amazing for presenting and makes them look good.”

“One of the things that I noticed [when I got a professional backdrop] is that my blood pressure dropped when I wasn’t as worried about people judging me for what was behind me in my home office.”

The basics of Cummins’ own presentation setup include:

Not all presenters are savvy about how to host a virtual conference, so it might be up to you to provide some direction—and possibly some equipment. In Cummins’ view, looking and sounding professional on camera is necessary to appear competent; the way a presenter actually presents then either confirms that view or quashes it.

“By the end of a virtual conference,” Cummins says, “everyone should feel like they’ve been part of something big.” As a host, what more can you ask for?

Do you have any other virtual event best practices or tips on how to host a successful virtual conference? Tweet us @Anyvoo and let us know!

I started Anyvoo because I believe remote workers deserve to look amazing on every single video call, wherever they work. Also, I hate seeing people's beds, so there's that. 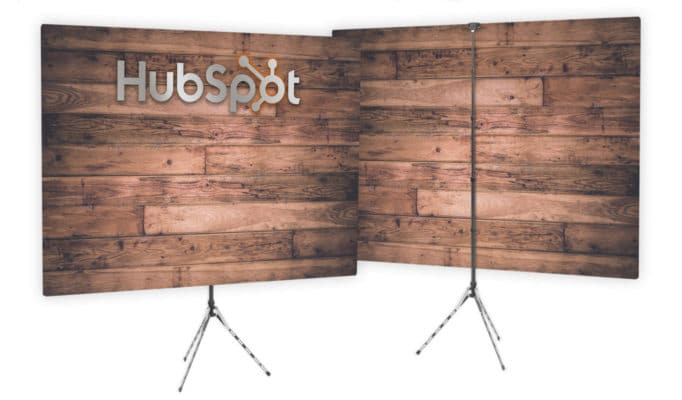 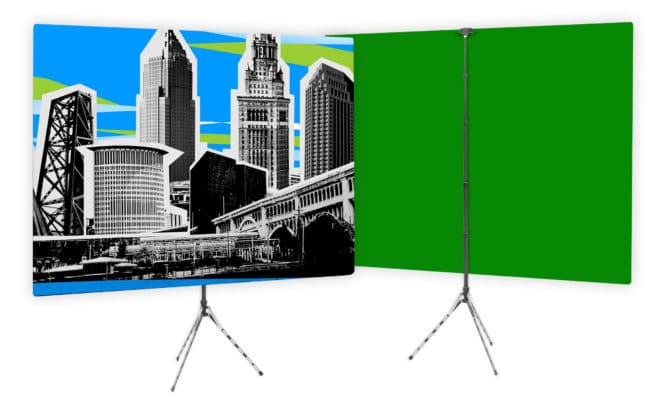 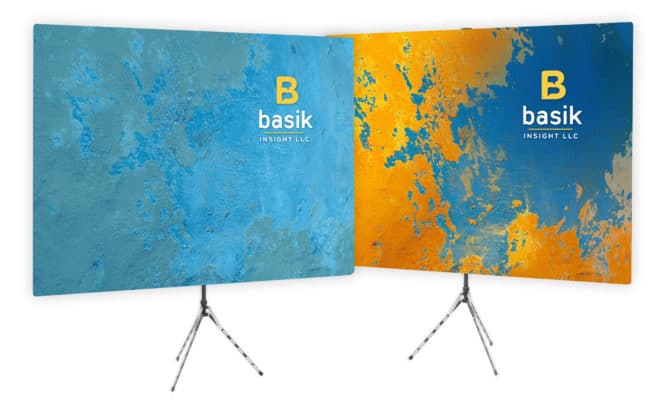 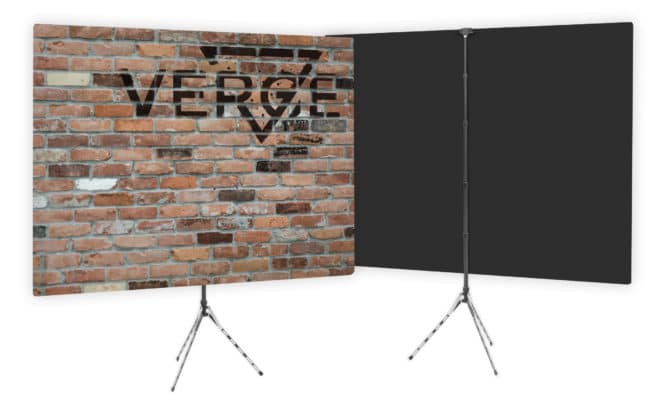 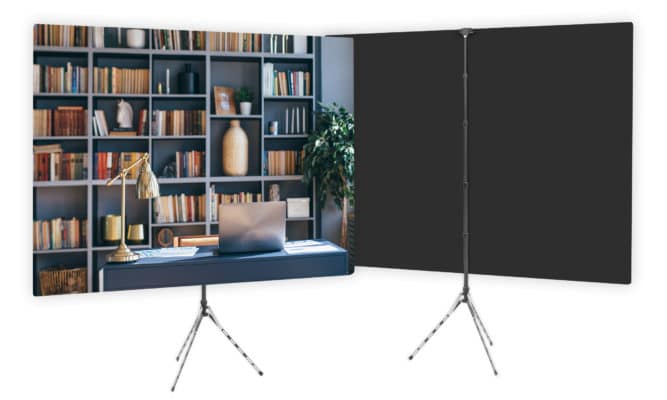 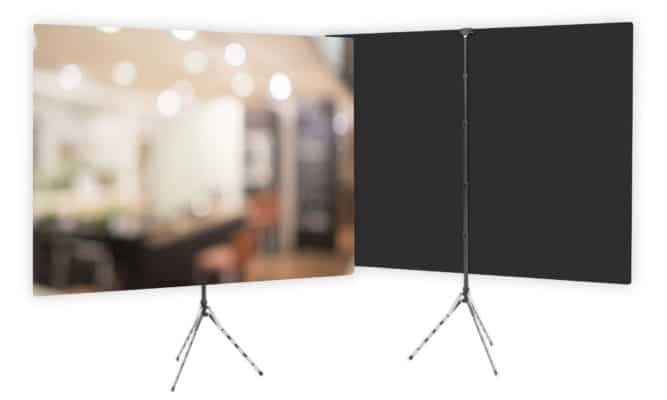 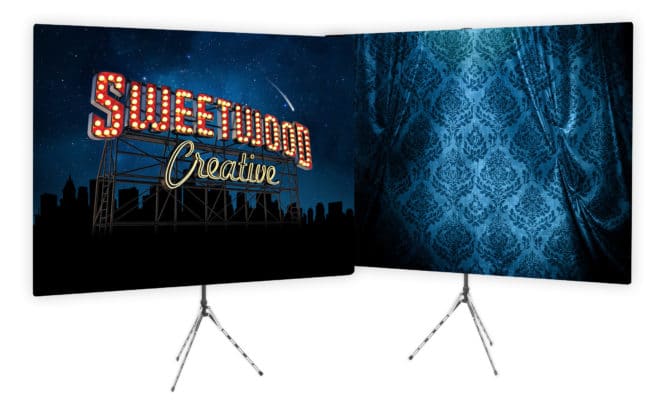 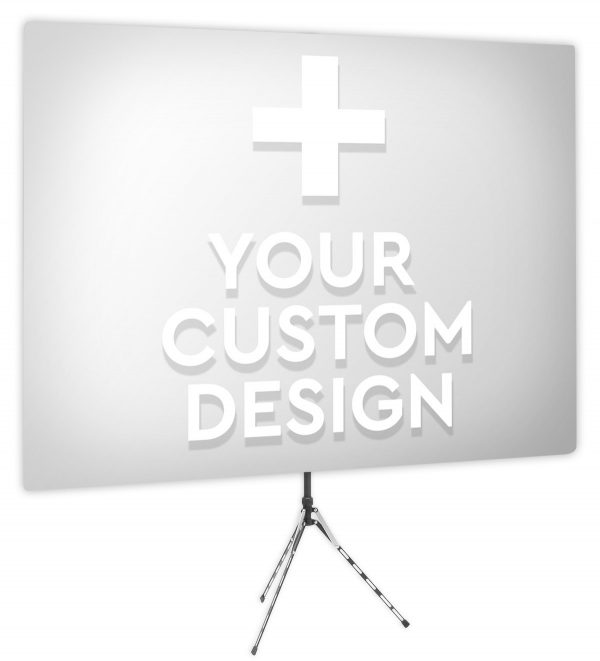 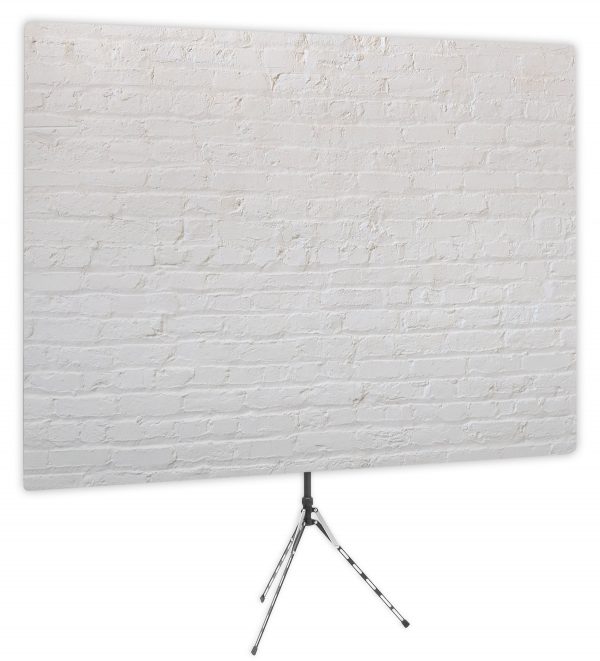 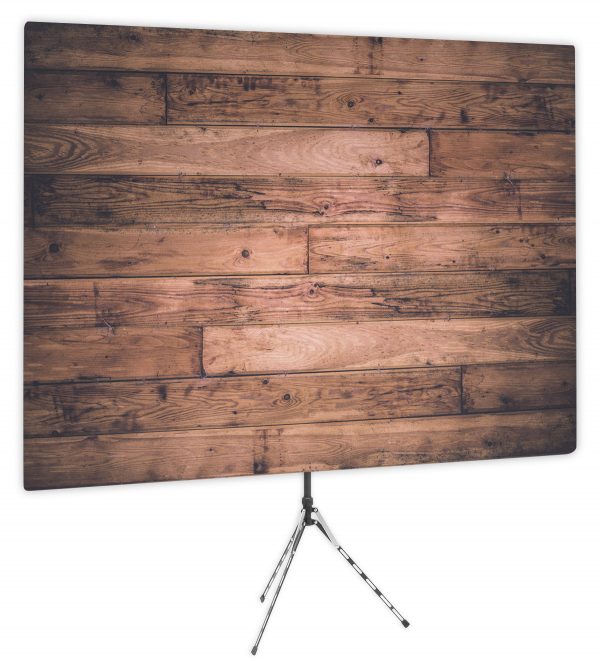